launch of the national nature prescription program in the Maritimes

Alex S. Crone April 22, 2022 Medicine prescription Comments Off on launch of the national nature prescription program in the Maritimes 10 Views

Whether it’s walking on a path, digging in a garden, swimming in a lake, or simply sitting on a park bench, evidence shows that connecting with nature increases energy, creativity and concentration, and reduces stress, anxiety and chronic pain.

So stop and smell the roses, because the next time you visit your health care provider, you might get a prescription for nature.

On Friday, the national nature prescription program PaRx (Parks Prescriptions) was officially launched in the Maritimes. This means that healthcare professionals in all three provinces can now officially prescribe nature to their patients.

PaRx is Canada’s first evidence-based national nature prescribing program. An initiative of the BC Parks Foundation, Parks Prescription began over 10 years ago as a grassroots movement in the United States.

More than 5,000 Canadian healthcare professionals, ranging from doctors, pharmacists and physiotherapists to nurses and social workers, are already prescribers.

With the launch of the program in the Maritimes, Nova Scotia, New Brunswick and Prince Edward Island join British Columbia, Alberta, Saskatchewan, Manitoba and Ontario as provinces where health professionals can officially prescribe nature to their patients.

“I talk about the importance of nature as a health behavior with at least 80% of my clients,” Dr. Shannon Johnson, a Dalhousie University professor and licensed clinical psychologist in practice, said Thursday. 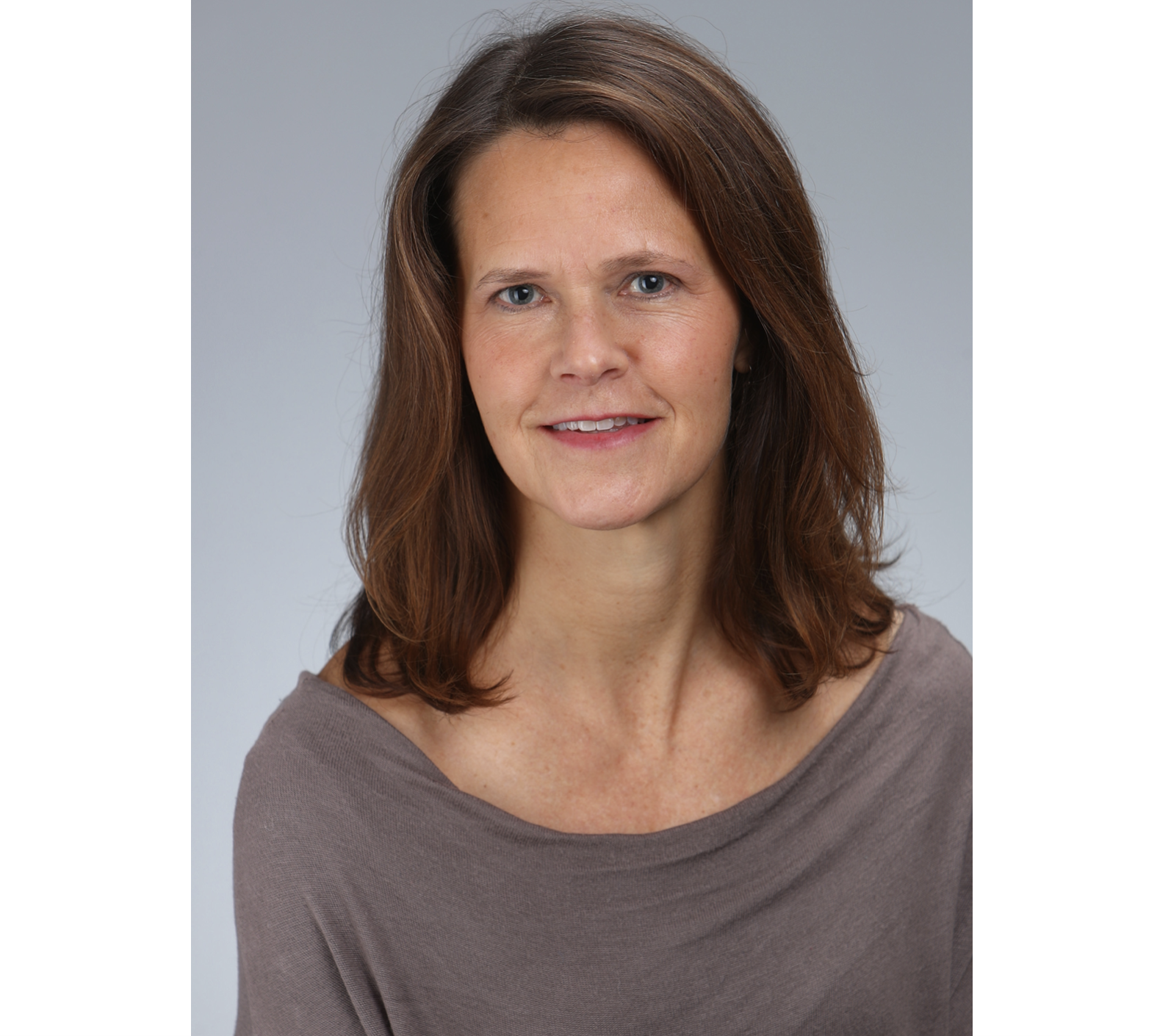 Johnson’s research is dedicated to understanding the mental and cognitive benefits of spending time in ⁠— and connecting with ⁠⁠— nature. She urges people to make it a regular part of their routine rather than turning to it only in times of stress or to escape something difficult. She offers an online list of ideas for connecting with nature in any season.

“Not everyone faces the same barriers, so it’s important to recognize that helping people spend time in nature isn’t a one-size-fits-all approach. Those who prescribe time in nature must also work with their clients and patients to develop an actionable plan for incorporating nature into their lives,” Johnson said.

“What is getting in the way and what would help reduce some of these barriers? Prescribing a national parks pass might be the right fit for some, while providing information on how to get involved in a community garden might be the best fit for others.

While most people see sleep, nutrition and exercise as key health behaviors, Johnson said few people recognize that connecting with nature is just as essential.

“When you look at the generalized benefits, they’re as good as, if not better than, some of these other pillars of health,” Johnson said.

“I think that’s where we’re really heading with this. That’s why we want it in the hands of our medical professionals, to say, look, it’s something that’s useful and necessary.

Johnson said that in addition to the more well-known benefits, many physiological changes occur when people connect with nature. Although the mechanisms are not fully understood, it may increase immune function and decrease cortisol levels.

She was first drawn to nature prescription because of research into ADHD and how connecting with nature can help improve attention.

“The idea is that…our focused attention is a finite resource and we use it all the time, with whatever we engage with,” she said.

“The theory is that when we go out into nature, it’s not dependent on that kind of attention, so it gives that attention an opportunity to restore and rest…You come back and you’re more rested. “

Connecting with nature can be as simple as sitting outside with your morning coffee listening to the birds, or stepping out on your lunch break to get some fresh air or look at nearby trees. Johnson said it was more than a recreational activity. It all depends on the connection. 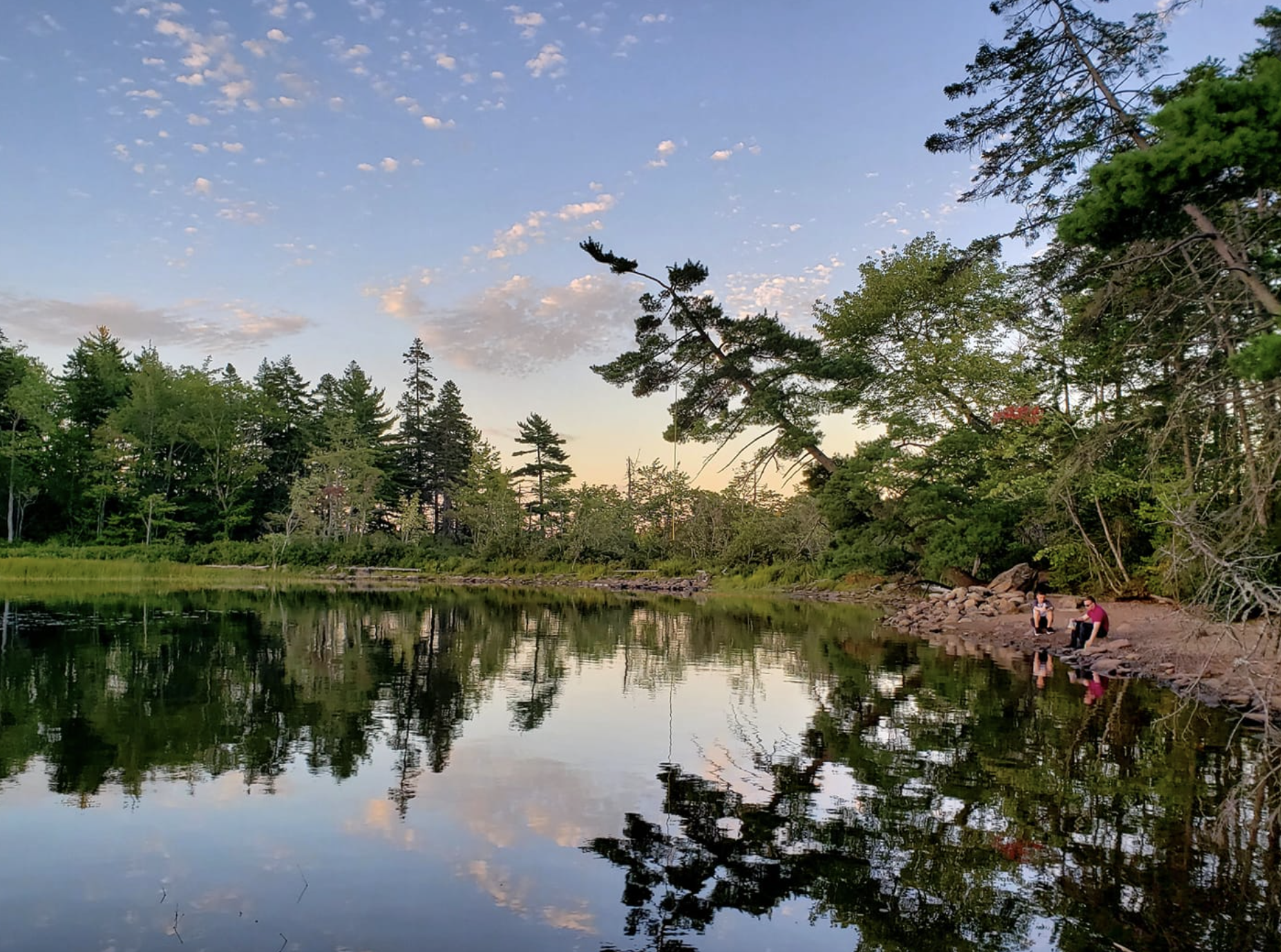 “You can be in nature and not notice it. You can see people walking in Point Pleasant Park on their phones, so it’s as much about being there as it is about noticing it,” she said.

“There’s tons of nature in our cities, and if you’re ready to notice it, appreciate it, and connect with it, you can get your dose of nature by strolling downtown. The port is there, there are trees, there are ways to connect with nature almost everywhere you are.

A key coordinator of the maritime launch of PaRx, Johnson said there is strong evidence that having a prescription rather than just oral advice is a much stronger motivator for people.

“It will also raise awareness of the importance of spending time in nature and hopefully connect more people at a time when we really need the benefits it has to offer,” Johnson said.

“We are in provinces where we actually have fairly easy access to nature. There are so many and there is something for everyone. 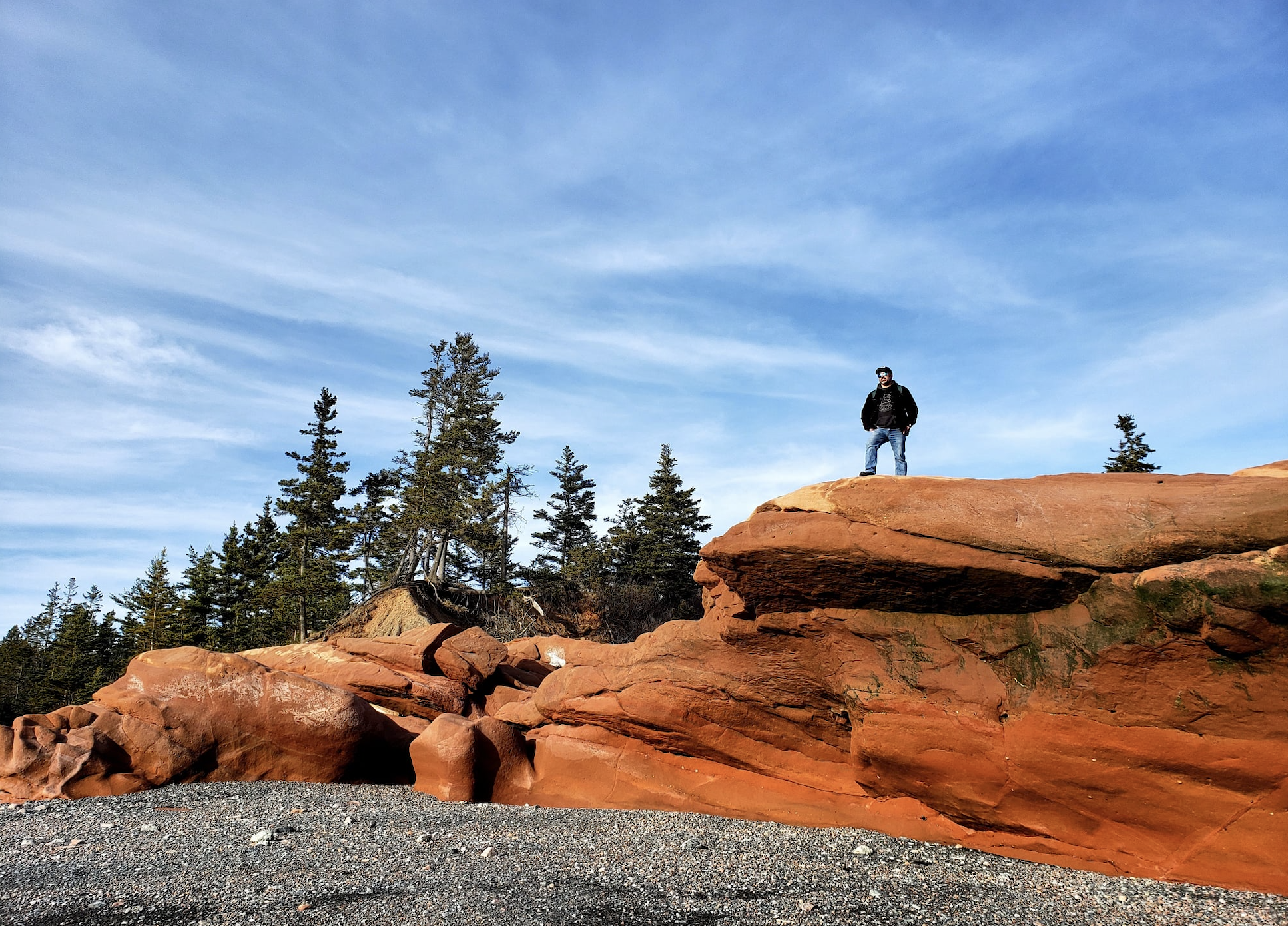 The launch was intentionally timed to coincide with Earth Day. Johnson said as important as connecting with nature is for human health, it’s also essential for planetary health. She said there is clear evidence that when people have a connection to nature, they are more likely to engage in pro-environmental behaviors.

“The more disconnected you are, the less you care about these things because you just don’t understand the interconnectedness of it all,” she said.

“A growing connection increases our environmental behavior and will help us maintain our own health in the long term, on a larger scale.”

Only two hours a week 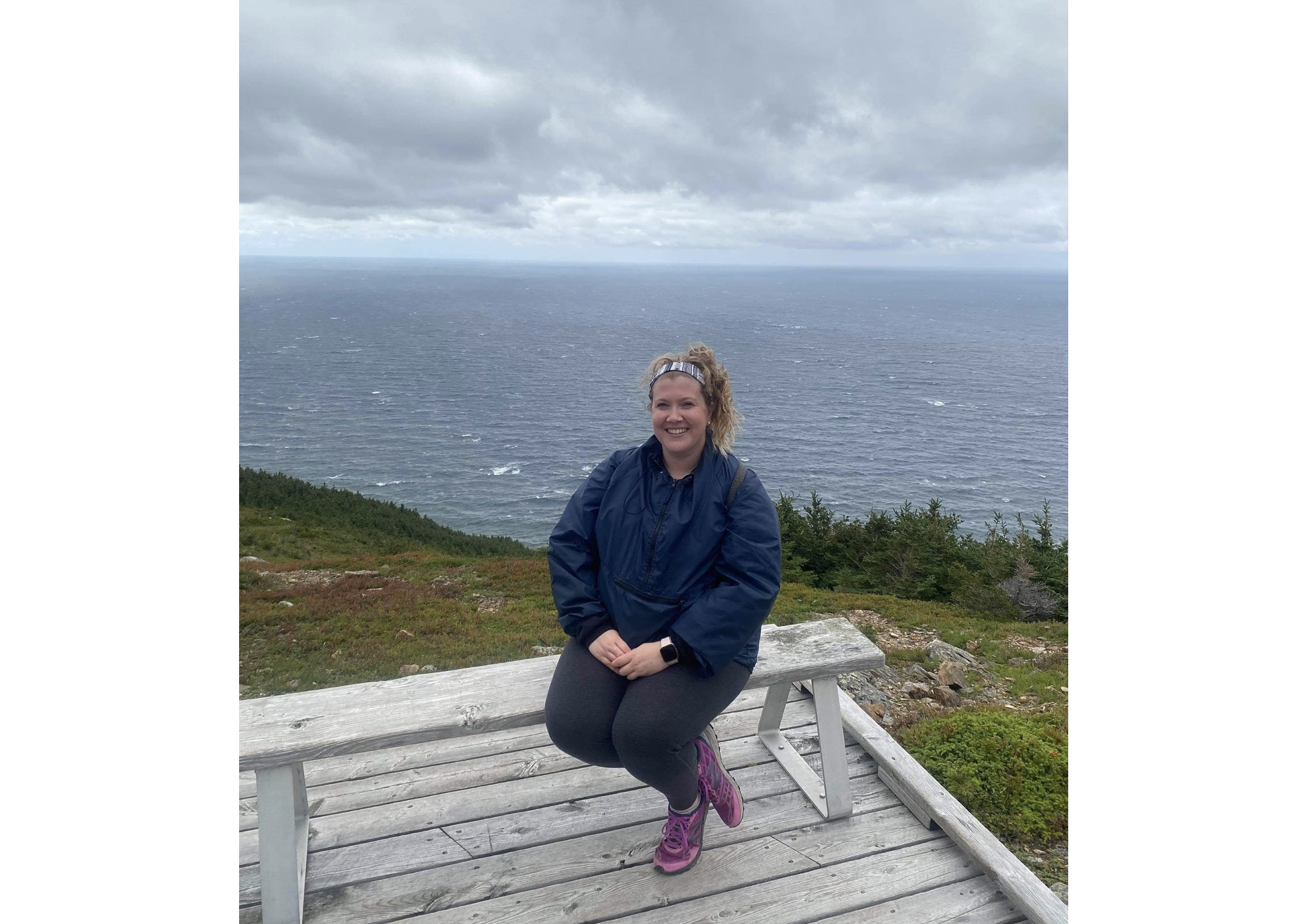 “As a third-year medical student and future healthcare provider, I believe we should do everything we can to help improve the health of our patients as a whole,” McDermott said in an interview. .

“Spending time in nature is free…it’s something everyone can try to find something that works for them, and it just adds that little thing into their routine that can improve their long-term health. and help prevent things from happening later and then be responsive.”

It only takes two hours a week in 20-minute increments for people to reap the benefits of connecting with nature. According to the PaRx website, people who spend at least two hours in nature each week report “significantly better health and well-being.”

McDermott added that the “most effective drops” in cortisol levels tend to occur at 20-minute intervals.

McDermott points to the pandemic as a prime example of people benefiting from nature to improve their mental health. During the early lockdowns, when people were instructed to stay close to home, many took to walking around their neighborhoods or visiting local parks and trails.

“I think anyone who did this during the pandemic can say they were doing it for their sanity, getting out for their time outside is what they could do to avoid being cooped up inside “, McDermott said.

“They saw the benefits they got from being outdoors and incorporated it into their routine on a regular basis. As we return to the everyday hustle and bustle with fewer restrictions, I hope people continue to make it part of their routines in the future and that we learn from it. 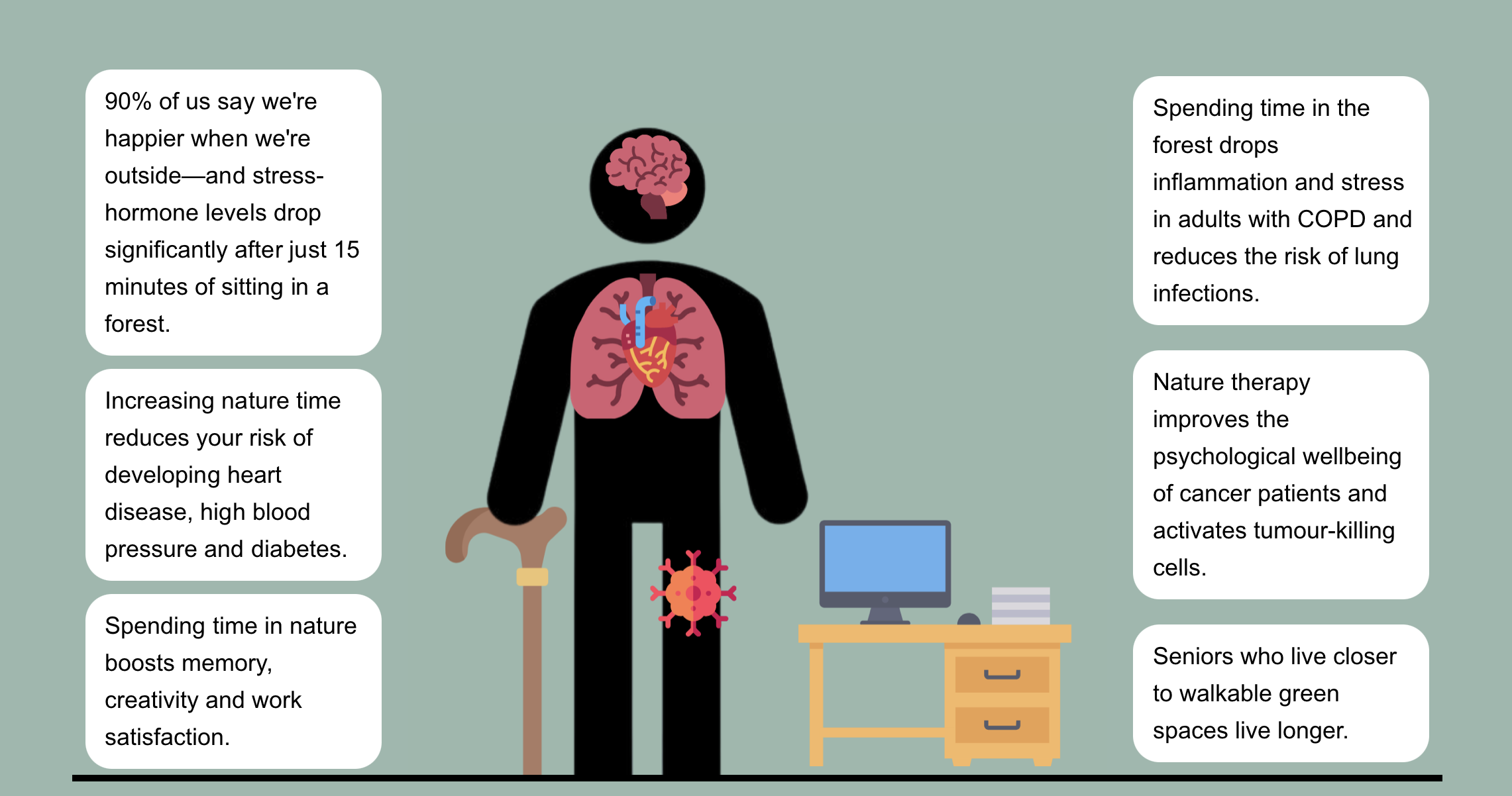 McDermott believes that one of the main benefits of the program is that the definition of “time spent in nature” depends on the patient.

“It doesn’t matter what they do. They could be sitting on a park bench, they could be observing, exercising, chatting with their friends, listening to music, eating out,” McDermott said.

“That’s one of the things that makes this program so accessible, because those who have mobility issues or lack of access…they can incorporate it into their routine of what works for them as long as ‘they feel they have a meaningful connection to nature.”

Healthcare professionals interested in participating in PaRx can register through the program website. They will receive a prescription pad, a unique prescriber code and resources to help them work on individual patient plans.

McDermott said a PaRx program in French and related resources are also in the works and will launch in the near future.

We have many other subscription options available, or send us a donation. Thank you!

Previous Get rid of those old prescription drugs. Drop them off at these locations next Saturday.
Next 2022-04-22 | NDAQ: GREASE | Press release